For the initial stages of Big Local SW11 a core planning group was formed to get things going.  Read on to find out who they are, what they do and what skills they bring to Big Local SW11.

We advertised on our website, Facebook page and local noticeboard in June 2014 for new committee members to join the initial core planning group and form the new Partnership Committee (PC).

October 2019 update: In September 2019, we advertised again for new local members to join the PC and some new people came on board!

Our current members are:

After almost 20 years in Engineering and IT Stephen, along with his wife Catherine, founded Thames Christian College, a small independent secondary school located in Wye Street on the York Road Estate back in 2000. Stephen recognises that development of character and integrity are even more important than academics and whilst achieving excellent academic results it is these qualities that characterise the school’s leavers. Pupils are valued as unique individuals and the school works to find the gifts and talents in each one. Its pupils move on to London’s top independent and state sixth form colleges. Stephen’s passion is developing the potential of young people and preparing them for a responsible life. Involvement in Big Local allows us to put back into the community around us and help facilitate more opportunities for the area.

Marlene has been a resident of the York Road Estate for over 30 years and has been actively involved for almost all of this time in the Residents Association and for more than 30 years within the Borough in various Council forums and working groups and have chaired many. These including the re-writing of the Tenants and Lease Conditions, the Anti Social Policies, the Stock Options Appraisals the recently revised Residents Participation Strategy.

She is currently a Director with the Association of Retained Council Housing, a Trustee and member of the Battersea Crime Prevention Panel, Safeguarding and Welfare Manager for the British American Football Association, Trustee of British American Football Benevolent Fund; Vice-Chairman of the Borough’s Housing Panel, Chair of the Latchmere Ward Safer Neighbourhood Panel, Chair of the Latchmere Ward Panel and a member of the Battersea Power Station Community Forum. She is also an Appropriate Adult for the Metropolitan Police, Wandsworth Borough.

Marlene is twice retired firstly from her role as Global Risk Manager at PricewaterhouseCoopers and secondly as a Senior Customer Relations Executive at British Airways. She is also the team manager for the London Olympians American Football Club.

Marlene has been involved with Big Local SW11 since the award of the funding by Local Trust and was the only resident at the inaugural meeting to start the consultation process.

Robert was Big Local SW11 Chair until July 2016 and has worked at Providence House Youth and Community Centre in Falcon Road since 1973, for much of that time as the Senior Youth Worker. For ten of those years he lived at Providence House and over the years has become well known in the locality. He was awarded the MBE by the Queen in 2011 for services to young people in Wandsworth. He is married with two daughters and a son, and believes that BigLocalSW11 presents a vital opportunity to create and develop something of lasting value in this community.

Senia is a Business Economist with a BA Degree with Hons. in Marketing, International Trading and Political Economy and has a Posts Graduate Certificate in Social Science.
She has initiated the setting up of Falcon Estate RA in 2006. She is a Christ Church School Governor since 2005 and has set up the school’s PTA and helped start the Secret Garden project through networking with the school, RHS and her RA.

Senia has always been involved in supporting children with disabilities and SEN. She was Chair of Wandsworth Contact a Family Steering Committee since 2007- 2017.
In 2009 She was one of the initiators who have founded a forum for families with disabled children and became Vice Chair of Positive Parent Action group, giving parents of disabled children a voice and confident advocacy for their children’s rights. Senia is a member of Great Ormond Street Trust.
Senia was a Katherine Low Settlement Trustee and a President of Battersea Rotary Club, as well as the Rotary International Assistant Governor for London. Senia worked as a London Ambassador during London Olympic games 2012 and is now an UN and Commonwealth Peace Envoy for NGO.

Wendy worked as a headteacher and she is chair of governors at Chesterton School. She is passionate about education and will work to ensure every child in Latchmere has the opportunity and self-belief to fulfil their potential.

Tessa Strickland has lived within sight of Battersea Power Station since childhood.  She is a trustee of two local charities, organises an RNLI appeal team, fund-raises for the Red Cross and is a member of a Sheltered Housing Trust. Tessa is married to Ben. They have two grown-up children and five grandchildren, for whom a visit to Battersea Park Zoo and the “brilliant” playgrounds is always a wonderful treat.

Syeda is a local resident and has lived in Battersea for over twenty years. She lives with her husband and son in SW11. She has worked as a volunteer in her community over the last sixteen years, and with BLSW11 from the start.

She strives to make 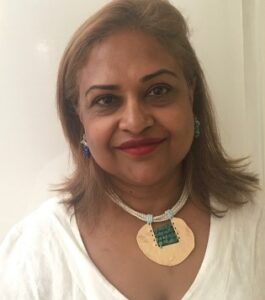 her local area a better place, particularly for the underprivileged and deprived, in order to reduce the social gap. She has worked in local government agencies as well as community group in various roles including Project Management, Fund Raising, Intergenerational work, Teaching Healthy Cooking, Representing Patients, Communications and has chaired various committees.  She is dedicated to helping her community, particularly those that are vulnerable.

Syeda has a degree in both Economics and History of Art & Architecture as well as an M.B.A. She has several years work experience in the City in Banking and Finance.

During the Covid Pandemic, she is leading the BLSW11 Alliance Covid 19 Battersea Community Support Fund as Chair. Also, she has been preparing hot meals in her own kitchen and delivering them to the vulnerable elderly in Sheltered Schemes. 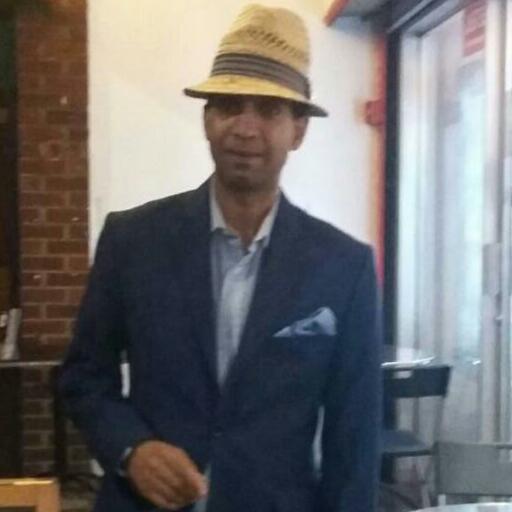 Mario is a local resident who has always been very community oriented and his goal is to develop more activities for men in the Big Local SW11 area.

I am a local resident who enjoys helping and supporting people from different backgrounds in Battersea.

Polly is based in Battersea having returned to the area in 2018 after spending over 14 years living and working in Europe and Asia. Passionate about human rights and social justice, she has over two decades of experience in the social sector in a range of positions.

This includes extensive experience in:

David Stone: Big Local SW11 Advisor to the Partnership
Formerly a resident of the Lansdowne Estate off the Wandsworth Road, David joined Big Local SW11 in April 2015 and works across all our priority areas to support PEC chairs responsible for their oversight.
With over 30 years experience in Community Development with specialist knowledge of evaluation and research David has updated our area profile, produced two directories, one for businesses and the other on all the community groups in SW11. He has conducted a survey of local businesses and one on community organisations in our patch. He is currently supporting Donna and Wendy in developing the Community & Belonging programme; Syeda with the Covid 19 Fund and the PC in developing its relations with the BL Alliance.
Contact David Stone BA MA
Telephone 07950013153 Email [email protected]

Sandra Munoz-Alvarez: Freelance Website & Facebook Administrator
Sandra is a freelance filmmaker, photographer & web designer who has created Big Local SW11 website & Facebook page in 2012 . She has managed and administrated those since then.  Sandra has an HNC in Film & Media Production. Her involvement for Big Local SW11 includes the design and management of Big Local SW11 Website, Twitter Account and Facebook page, taking photos and videos to illustrate what Big Local SW11 do in the area. Sandra has been volunteering in the Big Local SW11 area for the last 15 years while finishing her studies and looking after her small child. She started as a Surestart Parent volunteer and then become involved with the Women of Wandsworth as PR and Filmmaker 15 years ago. She went on to support local groups with her filming skills and has produced various films supporting the local community like “Save York Gardens Library” or “How to get the Best of your GP 15minutes’ Appointment” In 2011, Sandra was nominated Londoner of the day by Boris Johnson’s Team London for volunteering and giving her time for 5 different organisations in the Big Local Sw11 Area. She has created her own media company “Keepsake Videos” and has now a portfolio of over 250 films.