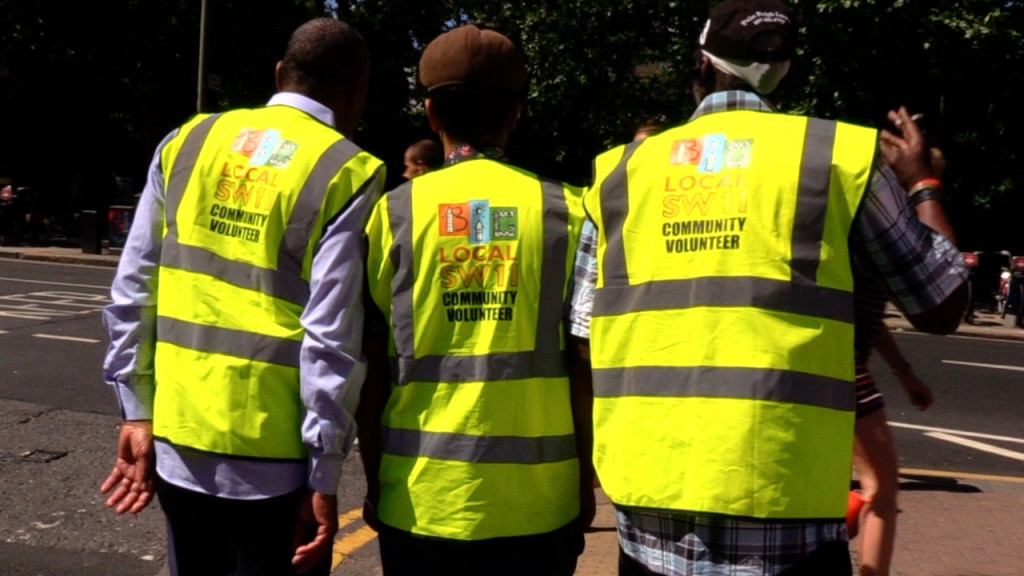 The 3rd Falcon Road Festival held on a glorious summer’s day on the 30th June to celebrate ‘our community – our families’, was a fabulously successful day of fun, play, entertainment and learning!

From Providence House, via Este Road, ending at Shillington Park, the Festival involved over 60 local volunteers, 35 organisations and hundreds of local families in a joyous coming together from all parts of our community.

Designed and managed by local people and funded by Big Local SW11, with additional sponsorship by Taylor Wimpey, the festival aimed to provide a public space for all to meet and enjoy the day.

Highlights included: The main stage with fantastic performances by Nu Flower, The King’s Parade, the Baked Bean Theatre Company and many more!

Behind the fun and activities there is a more serious purpose! Big Local SW11 wants to use its limited resources to support local people and groups to strengthen the local community.

This year we received 101 feedback forms (against last year’s 15!) largely because we stayed with people while they completed the form. Particular thanks should go to Gina Betteridge (and her friend) who did most of the work!

There was an overwhelmingly positive response, with no negative comments! Indeed, the most common suggestions were asking for more of the same! (See Appendix 1)

74% of respondents rated the festival as excellent and another 23% as good. Only 3% felt unable to respond.

The highest ranked attributes or features of the festival were:

Areas where people wanted to see improvements were:

BLSW11 has been the main funder and supporter of the Festival Management Team for three consecutive years. Each year has seen a significant growth in awareness of and participation in the festival.

The PEC is asked to consider its ongoing involvement in the Falcon Road Festival, in particular:

People were asked to rate the festival on a scale of 1 (poor) to 5 (excellent) with the following results: There was an overwhelming positive response with no ‘poor’ answers.

When we asked for specific ‘likes’ the spread of responses was as follows.

We asked people what they liked about the festival Number of Likes per activity or theme 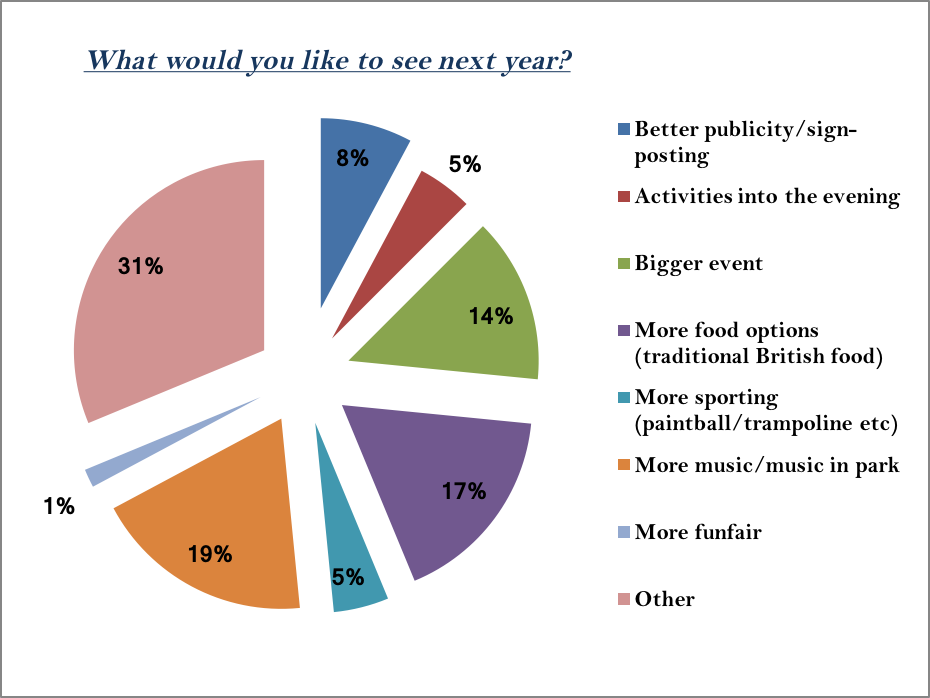 We asked people what they disliked about the Festival 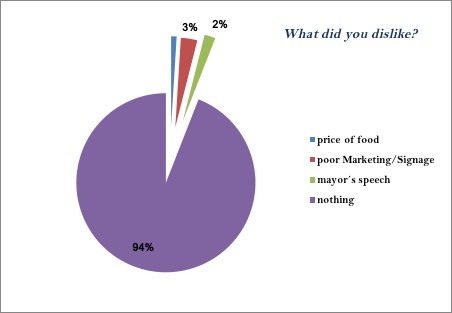 A highly successful event with much on offer and a lot we can learn from!